Anna Koroleva was the second Early Stage Researcher within the MiRoR network to defend her PhD thesis on January 22, 2020. Anna defended her thesis on “Assisted authoring for avoiding inadequate claims in scientific reporting” at the Universiteit van Amsterdam, the Netherlands.

During her PhD studies, Anna spent several months at different partner institutions in order to work on different aspects of her thesis. Her first secondment was hosted by the Cochrane Schizophrenia Group and was devoted to studying linguistic features of spin and collecting a corpus of texts with various spin types. Later, she spent a total of 5 months on two secondments at the Academic Medical Center of the University of Amsterdam, targeting a range of goals, from recruiting annotators for the corpus of spin and related information, to writing research articles. Finally, she completed a secondment at the UK EQUATOR Center where she worked alongside a group of experts in scientific research reporting, which gave her a chance not only to receive valuable feedback on her project, but also to get involved in other activities devoted to improving the quality of research reporting.

After a successful thesis defence Anna has already started to work as a postdoc at the Zurich University of Applied Sciences where she continues her research in biomedical Natural Language Processing. Her current project lies in the field of literature-based drug-discovery – a relatively young research domain aiming at discovering implicit relations in scientific literature with the use of NLP and text mining. 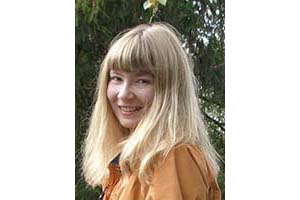