What do you get when you put together two PhD students, one with an interest in patient involvement in health research and the other with an interest in peer review and reporting guidelines and ask them to facilitate a journal club meeting? A conundrum is what! Or at least that is what we thought initially. Instead, it resulted in a fantastic learning opportunity across disciplines, with international and collaborative input at its heart and an impact to be proud of. Professor Erik Cobo guided us through the whole process and we all agreed from the very beginning that we wanted the output to really speak to the ethos of MiRoR.

As improving reporting of research is a key issue in improving reproducibility and reducing waste, we wanted to focus on investigating the effect of a very popular measure taken by journals: requiring authors to submit a checklist from the relevant reporting guideline together with the manuscript. This measure is aiming to enhance author compliance to reporting guidelines.

We chose to investigate this topic after observing a randomised trial manuscript where there was a significant difference between what authors claimed on the submitted checklist and what was actually reported in the published paper. We quickly recognised that the problem we wanted to highlight wasn’t unique to any one paper. Thus, we felt it would be inappropriate to critique just one paper in relation to such a wide-spread problem.

Finally, we decided to take a random sample of 12 randomised trials published in three journals (PLOS One, BMJ Open and Trials) which make the original CONSORT checklist submitted by the authors accessible for their readers as supplementary material. Although the output from previous MiRoR journal clubs had been a “Letter to the Editor”, we decided to change the format and write a “Commentary” addressing this issue.

To our delight there was also interest from other members of the MiRoR Consortium in collaborating in the journal club. Those were Douglas Altman, Jamie Kirkham, Isabelle Boutron and other MiRoR PhD fellows (Cecilia Superchi, Ketevan Glonti, Camila Olarte, Lorenzo Bertizzolo, Efstathia Gkioni, and Maria Olsen). The supervisors and mentors provided guidance throughout the whole research process, the six fellows acted as second reviewers of all included papers. What ensued was a thought-provoking and insightful learning process for all involved.

The findings were translated into a Commentary submitted and recently published online by Trials (https://trialsjournal.biomedcentral.com/articles/10.1186/s13063-018-2475-0), whose main message was that only one paper used the appropriate checklist extension and had no inconsistencies between what was claimed in the submitted checklist and what was reported in the published paper. Furthermore, we explored the possible reasons why this problem occurs and we finally outlined some possible solutions.

The final publication made some waves on Twitter and other social media platforms. Altmetrics provided a score of 51 as of the 12/02/18, placing it in the top 3% of all research outputs ever tracked by Altmetrics and #40 of all articles ever published by Trials journal. 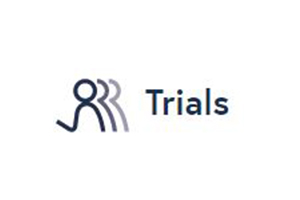